Hello,
Welcome to the next part of my NYC adventure.
One of my friends suggested going to the Chelsea markets and you all know how I can’t resist a good market.
This Market was not your typical market it was more an arcade with small stores and food and veg.
I thought it was the best place to try some fresh oysters (at 10 am).
I have to say I love oysters I could eat a whole dozen. I asked the lady in the fish shop which was more of a restaurant then a fish shop what the local oysters were as I was from Australia and wanted to try the ones here. She laughed at me and said “The oysters in Australia are better”.
then she pointed out 2 that were from the coast of NY .
They were VERY nice, a lot less salty then ours, they even kind of taste sweet.
I ate the 4 that I bought and could have eaten a heap more but I thought I shouldn’t eat so many that early in the morning. 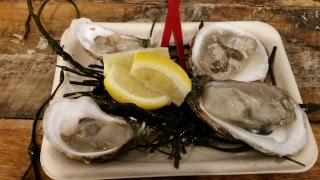 After we wondered around the market for a while my brother in law had suggested we check out the “High Line Park” which is unique park that is a 1.45-mile-long  that was created on a former New York Central Railroad spur on the west side of Manhattan in New York.
I loved the contrast of the old railway lines and the beautiful greenery. 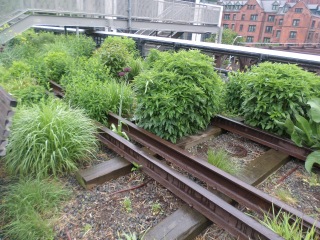 The high line took us all the way to the Intrepid Sea, Air and Space museum. Which was a fitting day to go as it was Memorial day.
For Memorial Day many veterans volunteer and were happy to share some of their stories.
I found “Growler” the submarine one of the most interesting thing at Intrepid.
It was so small and compact that I don’t know how people would live in there for months at a time. 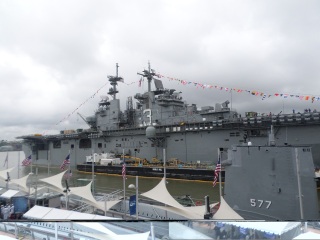